Journalism requires not only theoretical knowledge but vast practical experience.

Journalism requires not only theoretical knowledge but vast practical experience. Faced with the challenge of making the Degree in Journalism as competitive as possible, a strategic plan was written up. Named Imprescindibles, one of its many ideas was the creation of a University news outlet. As such, today marks the launch of Aula News, a platform by students for students.

With this new platform, UAO CEU aims to become the leading university of a new vision of communication, making the degree a launchpad for innovation.

One of the objectives of this new plan is to turn the entire Degree in Journalism into one, overarching writing project from the first year to the last. Furthermore, the creative process is exactly the same as in any regular media outlet - editorial meetings, story selection and content creation all done by students under the supervision of their professors.

Third-year Journalism student, Cristina Molas, commented that "writing about things we like and having the freedom to choose topics helps us a lot". The project starts as it means to go on, with students enjoying total freedom to write what they want and omit what they don't.

Carlos Waltemathe, also in his third year of Journalism, highlighted this sentiment, saying they wanted to reflect themselves in their publications as much as possible.

Aula News will contain various sections, chosen based on student interests. Among these, you will find lifestyle, fashion, foodie, entertainment, sport, Global Voices, Entreperiodistas (interviews with journalists about the trade) and news in general.

The idea of creating Aula News came from the Course Director of the Degree in Journalism, Manel Domínguez, with support from professors José Ignacio Castelló and Juan Francisco Jiménez, from the Journalistic Workshop and Journalistic Production subjects. Third-year Journalism students have the responsibility of shaping it, but they have already told their second-year counterparts it will be up to them to carry the torch in the future. 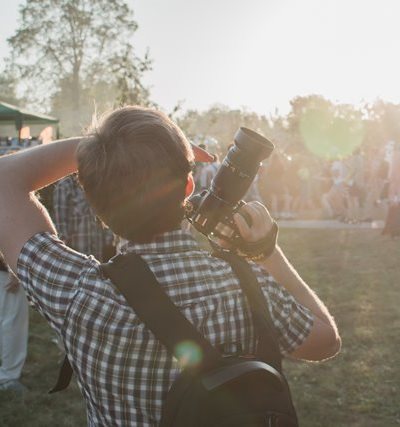