🎓 A little piece of heaven in the hell that is Pademba

Our university hosted the public screening of the documentary ‘Libertad’  [Freedom] made by Misiones Salesianas as part of its campaign ‘Inocencia entre rejas’ [Innocence behind bars].

A little piece of heaven in the hell that is Pademba

Our university hosted the public screening of the documentary ‘Libertad’  [Freedom] made by Misiones Salesianas as part of its campaign ‘Inocencia entre rejas’ [Innocence behind bars]. This presentation comes as part of the activities promoted by the Ángel Ayala CEU Institute of Humanities of Barcelona.

The documentary reflects the plight of the inmates in Pademba prison (Sierra Leone). Overcrowding, mistreatment and abuse are commonplace in this prison. In many cases, the victims are abandoned or orphaned minors, detained without trial for simply wandering the streets or engaging in petty brawls.
“I lost all hope, I thought I was going to die in prison”, says Chennor Bah. He knows firsthand the reality of Pademba and the constant violation of rights that goes on there. Fortunately, he is also aware of the work that has been carried out there for many years by Don Bosco Freetown.

The director of this Salesian mission, Fr Jorge Crisafulli, also participated. He is the voice behind the documentary ‘Libertad’, directed by Raúl de la Fuente. This missionary dedicates his life to rescuing children from the hell of Pademba and integrating them into a training programme. Don Bosco represents salvation for many of these boys.

“Our job is to restore dignity, to bring a little bit of heaven to this hell.” How do you bring back a person who has been through the ordeal of physical punishment, arbitrary confinement or sexual abuse? “The most important thing is to get them back in control of their lives.” When it comes to sexual abuse, “absolutely everything is stolen from you”.

Despite the ray of light offered by Don Bosco, the situation in Pademba “is catastrophic”, Crisafulli said. In the harsh repression of the 2020 riot “crimes against humanity were committed. We think they made three prisoners disappear”.

What they found in Pademba when they re-entered after the revolt was bleak: “young people wounded and killed in the cells. For three months we had to give them food because they were not fed in prison”.

Unfortunately, Pademba is not the only place where these atrocities happen. More than one million children are deprived of their freedom every year around the world. The purpose of the documentary is to “shine a light on what is happening”. 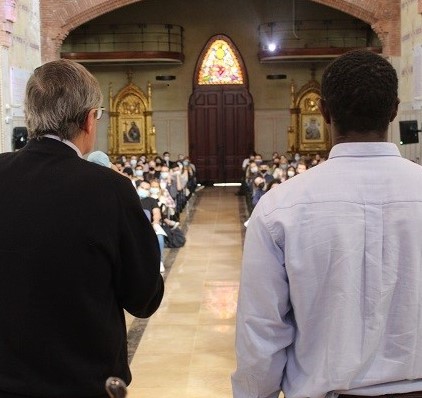