Recently, our university's alumni celebrated the 11th edition of their annual meeting. The event followed the pattern of the past three years, by sharing valuable expertise with ex-students through a talk on a current trend.

Recently, our university's alumni celebrated the 11th edition of their annual meeting. The event followed the pattern of the past three years, by sharing valuable expertise with ex-students through a talk on a current trend.

This year, the topic up for discussion was 'Big data: capture the value'. To address the question, Hacker and Telefónica CDO, Chema Alonso led a short conference. Later, he joined a debate which also featured Head of Development of New Technologies & Internet at La Caixa Banking Foundation, Lola Pardo, Associate General Manager of Godó Strategies, Pablo de Porcioles, Deputy Member of the Board at ICAB, Susana Ferrer, and director of the Master's in Digital Communication and New Technologies at UAO CEU, Juan Francisco Jiménez.

Chema Alonso explained that big data has been the main causal factor of the boom in artificial intelligence over the past two years. AI has gone beyond just being able to learn. Now it is at a stage where it does not even need a human to train it.

The CDO at Telefónica referred to several skills that AI does better than humans. One of these was facial recognition, which allows it to replicate features or create new ones without humans being able to recognise the fake. This brings with it vast potential for creating fake news or abuse and invasions of privacy.

Fortunately, according to Alonso, we still have time to "say what we want to happen and what not". However, it must be public authorities who define it. Not everything can fall to the self-regulating will of companies, he added. "It must be politicians who lead regulation".

Regulation must come from an existing public awareness of the value of their digital data. We must be aware that "when somebody asks to access our location, it will let them know our ideology, religious beliefs and health". Everybody should also know that "with just one click on the internet, you're giving out 5,000 permits to access your information".

After Alonso's conference, a debate was opened up, moderated by Journalist and Director of the Postgraduate Qualification in Marketing and Gastronomic and Oenological Communication, Anna Riera. The discussion gave participants the opportunity to focus on aspects of big data from a humanist, media or legal perspective. 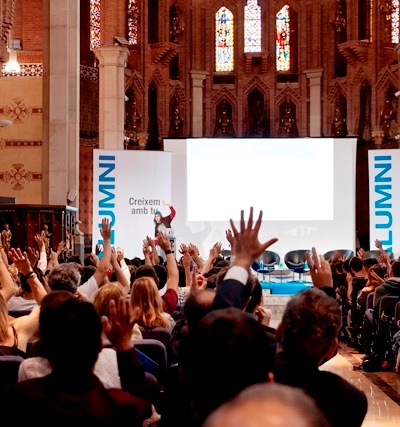